African women have established themselves as the preservers of civilizations and the builders of nations since the dawn of time. From Nefertiti, Queen of Egypt, Kandake Amanirenas, Queen of the ancient kingdom of Kush, Queen Aminatu of Nigeria, Queen Nandi of South Africa, and Yaa Asantewa, Queen of the Ashanti kingdom in Ghana, the African woman has excelled in ruling the country, defending the nation, and providing social reform.

Up until the modern age, African women strived and succeeded in securing their position in the world as rulers, warriors, and family protectors. Globalization and the world conquest affected their lives and tried to subdue their identities. However, many of them succeeded in facing colonial aggression and preserving the traditional and cultural identities of their nations.

In the first edition of the International Conference on “African Women Rights and Its Role in Sustainable Development,” IEREK gives the floor to researchers and human rights activists to discuss the history and the steps towards women empowerment, starting from the golden ages, moving towards the Middle Ages of slavery and colonization, up until the contemporary years of the 19th and the 20th centuries.

The conference will discuss the role of women in preserving cultural identities and dialects, securing familial and communal ties, and facing gender stereotypes. It also analyzes the effects of urbanization and modernity on the African woman and discusses the laws and legislations that resulted from this. The conference raises the question of how human rights serve African women and guarantee them safe and liberating communities.

Moreover, there will be open discussions on the political representation of African women in the modern political stage; how they affect and are affected by laws and politics. Case studies on women’s impact on the modern economy and scientific research will also be highlighted and analyzed. These ideas will be discussed in relation to the stereotypical view of African women from the World, and especially the European media perspective.

Therefore, researchers and Human Rights activists are welcome to share their ideas and exchange thoughts on the position of the modern African woman on the world’s stage. IEREK’s first edition of the International Conference on “African Women Rights and Its Role in Sustainable Development” will try to redefine the concepts attributed to African women by supervising the open discussions of presentations and research papers through a 3-day virtual conference to be held from the 22nd to the 24th of March 2022.

If you are interested to join the conference, present your paper, and discuss it with world leaders and thinkers, then hurry up to register and submit your abstract and secure a chance to publish in IEREK’s Interdisciplinary Book Series, Advances in Science, Technology, and Innovation (ASTI) by Springer. Now indexed in Scopus!

All accepted papers of the African Women Rights and their Role in Sustainable Development (1st AWRSD) after the peer-review process will be either published as chapters in the Book Series “Advances in Science, Technology and Innovation” (ASTI) by Springer or in The International Journal of Academic Research Community Publication (ARChive) online by IEREK Press.

The ASTI Book Series by Springer is by highly professional members of an International Editorial Board to ensure a high-quality publication material to be eventually published online and printable.

The ASTI Book Series is indexed Scopus and will be submitted for indexation in Web of Science (ISI) and  EI-Compendex databases. 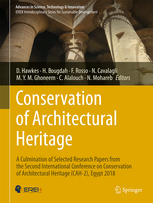 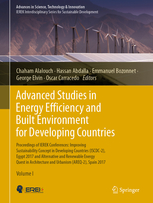 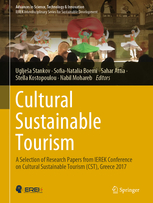 To publish your research in the online Journal or Book by 'Springer' and provide it with world-wide visibility, authors must submit an extended version of their short papers that are 8 -12 pages long.

If you are not sure whether you or one of your co-authors will be able to attend the conference, you should bear in mind that there is a fee to be paid for Audiences (Co-authors, Learners, and Interests). The accepted paper will not be included in the conference proceedings without paying the fee (see Conference Fees for more details). A research paper fee allows only one author, whether main or co-author, to attend the conference and receive only one copy of the conference abstract book in both hard and soft copies. Extras can be requested for a fee shown below.

- Each research paper should have one main author who should pay the full fee (Author fees) regardless of attendance.

- Each co-author (1-5 max) has his/her own separate fees to pay as shown in the table below.

- A research paper fee allows only one author, whether main or co-author, to attend the conference and receive only one copy of the conference Abstract book in both hard and soft copies. Extras can be requested for a fee shown below.

The more you attend, the more you're rewarded!
IEREK offers its loyal participants the following discounts depending on his/her attendance.

Covid-19 Conference attendance Fees: Held online from the comfort of your own home, the fees below guarantee your virtual attendance for all days of the conference date above.

Conservation of Architectural Heritage (CAH) – 6th Edition
In collaboration with Palermo University, Sicily, Italy
25 May / 27 May 2022